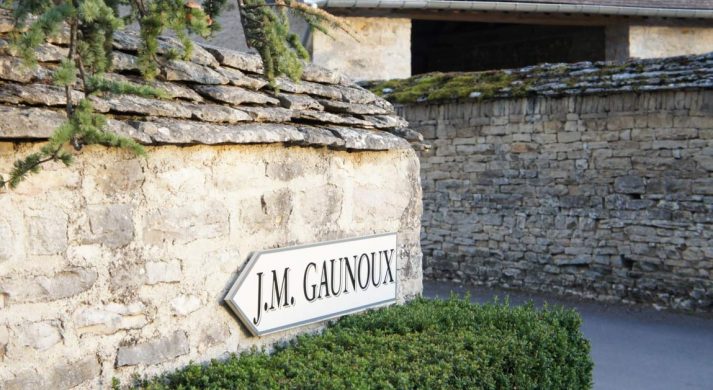 "This has always been one of my favorite Cote de Beaune domaines."
-Robert Parker Jr., The Growers and Producers of Burgundy

Jean-Michel Gaunoux previously worked with his father François before setting up on his own in 1990. His cellars are in Meursault and he now has 6 hectares of vines in Meursault, Pommard and Volnay.

Michel Gaunoux is also known for his direct no nonsense attitude, insisting that there are never any barrel tastings and that wines are not to be released until they are ready for enjoyment. And when they are, do they sing! These gloriously mature Burgundies are compelling and evocative with dark earthy fruit, fresh minerality, and endless length. And unlike many other top Burgundies, these are within everyone's reach.

Practicing lutte raisonnée, or “the reasoned struggle,” in the vineyard, Jean-Michel works to preserve the soil, using no pesticides, while employing traditional vinification methods. With family roots that have been grounded in the Cote d’Or for several centuries, Gaunoux practices green harvesting to ensure low yields. His wines see 15-30% new oak and are bottled after 15-16 months; they are neither filtered nor fined, and their aging potential is outstanding.

Producing the richest wines in Meursault, “Perrieres” is located mid-slope, at the southwestern end of the commune, above the main vineyard road and just north of “Charmes.” There are 14.86ha in “Perrieres,” of clay and limestone soil that is covered with stones that reflect sunlight back onto the vines. Cited as a “tête de cuvée” vineyard in the 1861 original classification, “Perrieres”, according to Jancis Robinson, “might well have been classified as a Grand Cru.” Yielding powerful wines that tend to be steely, and high in acidity and minerality, “Perrieres,” is believed by many to produce the best wines in Meursault.

Coming in at a close second to “Perrieres,” “Genevriéres” contains four sub-climates that also lie in the southern section of Meursault, just north of “Charmes”. Facing east, at an altitude of 240-280m, with red soil that contains a high proportion of iron and clay, “Genevriéres” produces elegant wines that are richer and less steely than the wines of “Perrieres” with notes of citrus and exotic spices.

Limited to 5.33ha, “Goutte d’Or” is the smallest of the 1er Cru sites that is cultivated by Domaine Jean-Michel Gaunoux. Translated as “drops of gold,” “Goutte d’Or” sits at a high elevation, that’s on par with “Perrieres” and “Genevriéres,” but here, the soil is clay heavy with a limestone base, where the vines take root on slopes that face east.